About the Koshland Pharm Team

We are staffed by over 30 outstanding individuals committed to our patients’ good health. Our team members include pharmacists, pharmacy technicians, lab assistants, customer service specialists, and outreach specialists. Through our collective commitment to producing the highest quality compounded medications possible, we fulfill our common mission of helping patients achieve excellent health outcomes. Through our team-centered workplace culture, we support one another in our ongoing professional development and growth. 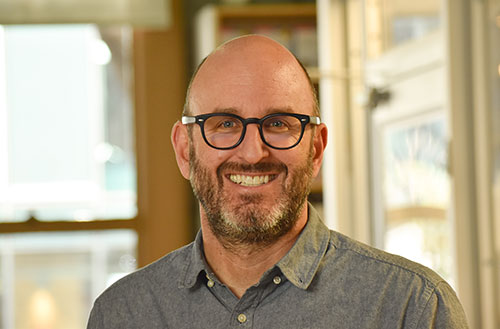 Peter Koshland, PharmD leads a dedicated team of healthcare professionals at Koshland Pharm and oversees pharmacy operations in order to support the health and healing of patients. In his twenty year career as a pharmacist, Peter has seen the profound impact high-quality compounded medicine can have on the lives of patients. Because of this, producing the absolute best patient outcomes is what drives his decisions as CEO of Koshland Pharm. When he is not in the pharmacy, Peter spends his time consulting with and educating doctors about the multiple applications of compounded medicine in their respective fields.

Since its opening, Koshland Pharm and Peter have been recognized as leaders in the compounding pharmacy field. In 2010, Koshland Pharm became the first compounding pharmacy in San Francisco to earn voluntary accreditation from the Compounding Pharmacy Accreditation Board (PCAB), demonstrating its commitment to safety and quality. In 2013 and 2014, Koshland Pharm was named as one of the 100 fastest growing Bay Area companies by the San Francisco Business Times. In 2013, the California Pharmacist Association and the Professional Compounding Centers of America awarded Peter the Innovative Pharmacist and Outstanding Young Compounding Pharmacist of the Year awards. Peter is also a sought-after speaker, giving presentations for organizations such as the California Naturopathic Doctors Association, One Medical Grand Rounds, and the National Academies of Sciences, Engineering, and Medicine.

Peter graduated from Georgetown University with a Chemistry major and Math minor and earned a PharmD from the University of California at San Francisco (UCSF) School of Pharmacy, where he currently serves as an Assistant Clinical Professor of Pharmacy. 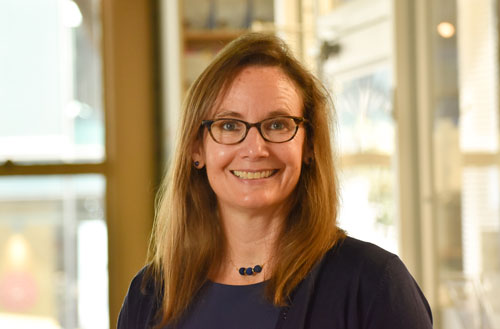 Krista Shaffer is co-owner and vice president of Koshland Pharm. She has managed marketing and outreach efforts at the pharmacy since 2010 and human resources since 2015. Krista knows that the pharmacy is only as strong as its mission and the team that shows up to fulfill that mission every day. She values the opportunity to share the pharmacy’s unique therapies with the medical community and the pharmacy’s workplace culture with healthcare professionals interested in the field of customized medicine.

With Krista’s leadership support, Koshland Pharm has grown from filling prescriptions for 400 doctors yearly in 2009 to over 1,500 doctors in 2019. The pharmacy’s original staff of three has grown to over 30. Krista has implemented a hiring program that brings in technicians, pharmacists, customer service specialists, lab assistants, and marketers who share a similar set of values. This allows the staff to work and grow together, focused on the common purpose of improving patients’ quality of life through the services that the pharmacy provides.

Krista earned a Bachelor’s degree in Women’s Studies from Duke University and a Masters degree in English from San Francisco State University. 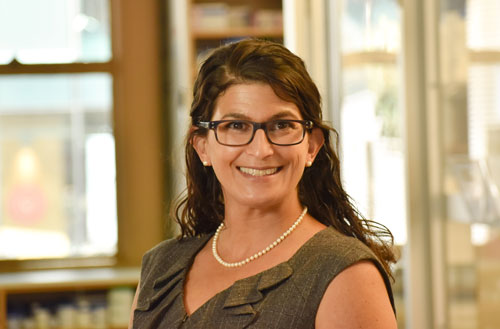 Sonia Rafeh serves as a knowledgeable physician educator for Koshland Pharm, introducing doctors across the state to the myriad ways in which high-quality compounded medicine can serve their patients’ needs. Sonia knows that the pharmacy can best serve doctors and their patients by first learning about their unique medical practices and then sharing how the pharmacy can support their particular needs.

Sonia has helped Koshland Pharm grow over 10% per year since 2016 and diversify its offerings to include dermatological compounds and men’s health medications. Additionally, she continually builds relationships between Koshland Pharm and doctors from an array of disciplines, from functional medicine to dentistry. She stepped into increased leadership as Director of Business Development at Koshland Pharm in 2020, when she began to serve on the management team to support the pharmacy’s long-term planning and daily operations. Sonia’s outstanding listening skills, organizational aptitude, and commitment to continual learning make her an asset internally at the pharmacy and externally to the physicians she interacts with daily. 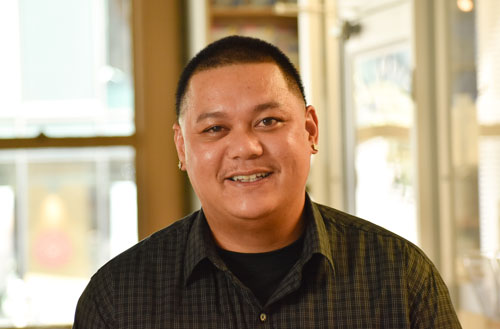 Jeremy Emelo manages a team of 12 technicians who compound medications on a daily basis. He trains all new technicians to the pharmacy in compounding skills, utilizing an approachable management style that his employees consistently rate as supportive and effective. Jeremy knows that a successful compounding technician must balance the important skills of both meticulous attention to detail as well as an efficient approach that allows patients to receive medications of the highest quality in a timely fashion.

Jeremy joined Koshland Pharm in 2014 as a pharmacy technician. While most technicians at Koshland Pharm have never compounded before, Jeremy came in with compounding experience from another independent pharmacy. Jeremy made an immediate impact at the pharmacy as a focused technician. He was willing to be re-trained in compounding with Koshland’s particular procedures, approaching the process with humility and dedication. Always striving to learn and grow more, he had a vision for how Koshland Pharm could better reach its production goals by creating a cohesive and supportive technician team. He shared this vision with owners Peter and Krista, and the technician team has grown and developed under his leadership ever since.

Jeremy earned his pharmacy technician license in 2010 after working in the automotive industry in his previous career. As technician manager at Koshland Pharm, he has developed his leadership skills through training and study of best business practices, such as Patrick Lencioni’s Five Behaviors of a Cohesive Team. He continues to enjoy compounding itself as well, finding satisfaction when he completes a medication such as a customized suppository to help a patient with chronic pain. As Jeremy says, “It gives you goosebumps when you hear a patient who writes us a note telling us how much a medication changed their lives. It makes you feel good inside, knowing you helped somebody’s life.” 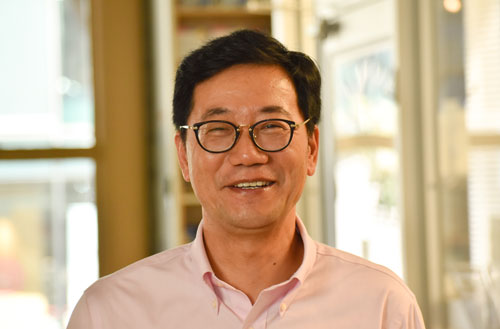 Frank has over twenty years of pharmacy experience at CVS, Kaiser, and now Koshland Pharm. In 2017, Frank actively looked for the opportunity to grow in his professional career by entering the field of compounding pharmacy. He has completed specialized training in hormone therapy and dermatological compounds. Patients often express appreciation for Frank’s upbeat approach, always willing to assist with any questions.

Frank earned his Doctorate of Pharmacy degree from the University of the Pacific in Stockton, California. 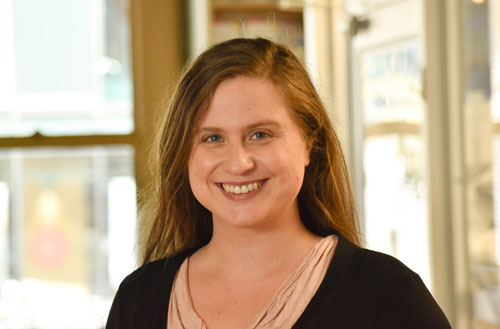 Kim is a third-generation pharmacist who consults with doctors and patients on myriad therapies to best suit patients’ needs and to support their health and healing. Kim knows that precision and follow-up are key to every task she completes as a pharmacist and approaches her work with dedication and focus.

Among other accomplishments, Kim earned a pharmacy license not only in the U.S., but also in England, where she lived for several years. Upon returning to the U.S, she honed her clinical skills at a long-term care pharmacy, working closely with nurses to help residents get the best care possible. Recently trained in sterile compounding, she currently supports the sterile team at Koshland Pharm by checking final sterile prescriptions and ensuring the quality of this specific type of medication dispensed in injectable and inhalation dosage forms. Kim also has gone through specific training in vet medications, and enjoys supporting pet owners in giving their animals their medications in the most palatable way possible.

Kim earned her Doctorate in Pharmacy degree from Duquesne University in Pittsburgh, Pennsylvania. 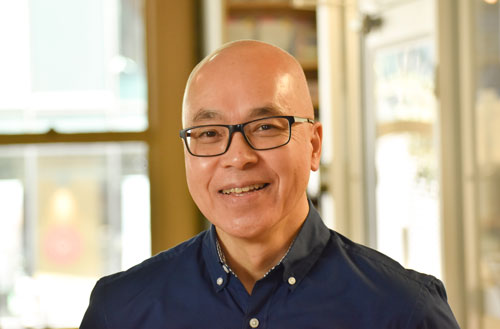 Michael works closely with doctors and patients to formulate the most appropriate therapy to meet each patient’s needs. Michael knows that compassionate patient care and an unwavering commitment to work in concert with his pharmacy team lead to the best patient outcomes.

Prior to joining Koshland Pharm in 2019, Michael had over thirty years of experience in a myriad of pharmacy settings, from whole organ transplant specialty pharmacy to community pharmacy. He received regular training in compounding from his years as a pharmacy manager at Walgreens Specialty Pharmacy, and continues to build upon his wide knowledge base in the field of compounding at Koshland Pharm. His hard work ethic motivates and inspires his fellow co-workers and makes the pharmacy stronger.

Michael earned his Doctorate of Pharmacy degree from the University of California, San Francisco.

We are proud to introduce our newest pharmacist at Koshland Pharm, Elizabeth Le. 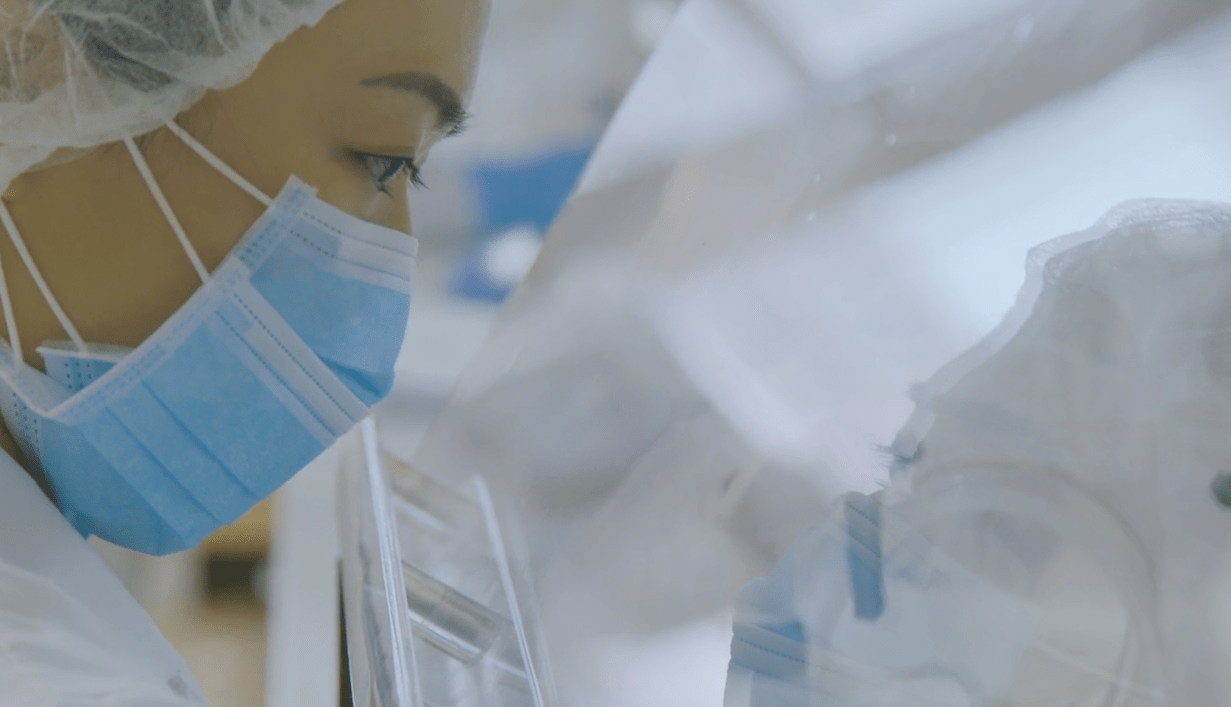 
Hear from our team about what it’s like to work at Koshland Pharm. 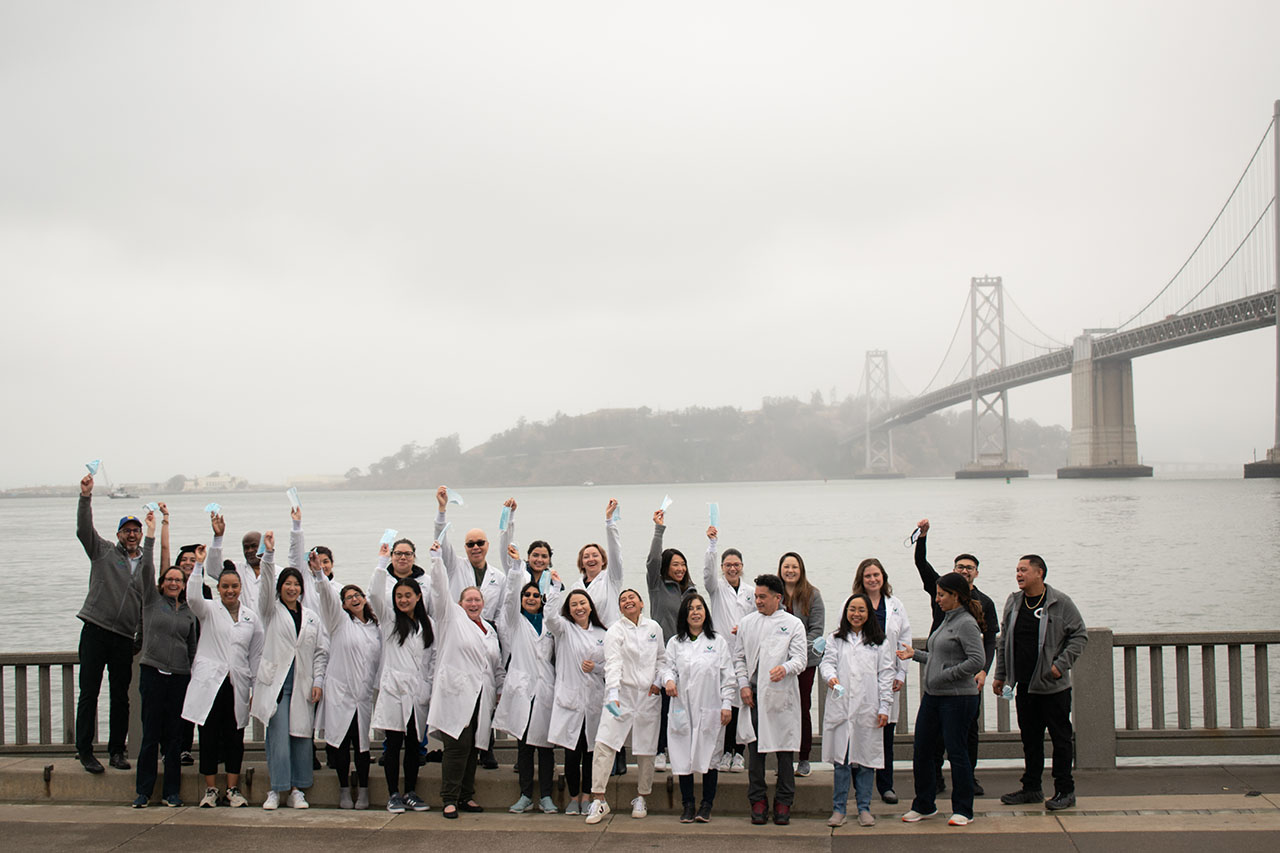 
Come be a part of the Koshland Pharm team!

See our current job openings at Indeed or email us at info@koshlandpharm.com if you are looking to develop your career in the field of compounding pharmacy. 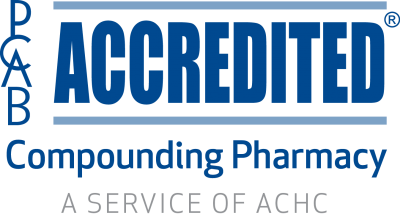 This site is intended as a source of general health information. Because patients and health conditions are unique, it is important to consult with your doctor for medical advice to determine if a particular treatment is right for you. Only a licensed prescriber can order compounded medications. Prescriptions that are faxed or sent online will be verified by one of our staff members. We can only accept original prescription drug orders from patients and can only accept faxed prescriptions from the prescribing practitioner. We can only ship within the state of California. We serve patients throughout the State of California, including San Francisco, Los Angeles, San Diego, San Jose, Burbank, Bakersfield, Oakland, San Ramon, Palm Desert, Mill Valley and Santa Monica. For information about proper methods of disposing of unused medications please click here.